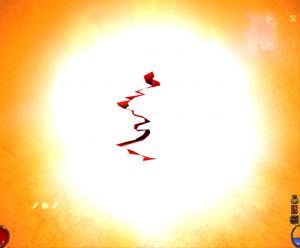 Description: Summon a demon. Note that once the demon is summoned, its behavior is unpredictable. [e]

Casting this spell while in stealth mode might alert enemies to your presence. 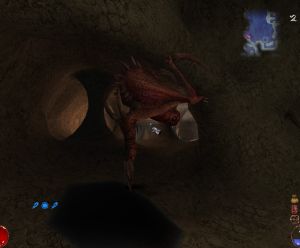 A summoned a Demon 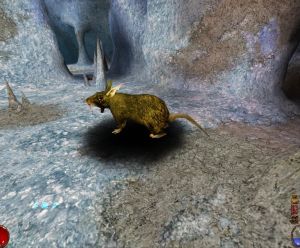 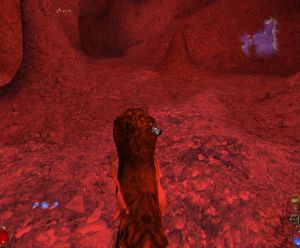 A Wrat attacking the player 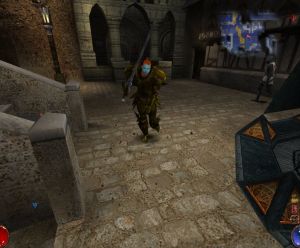 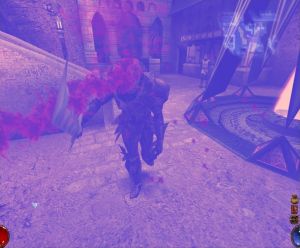 An Ylside (MX) attacking the player 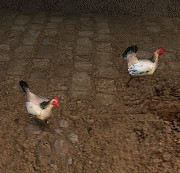 A Chicken. No, not a summoned one - I was too lazy to find a low-level character with the required runes.

The goal of this spell is to summon a Demon to help fight your enemies. However, characters with a caster level less than 9 are not powerful enough to conjure Demons and instead must settle for the next best thing - a Chicken. A more sensible option for low-level casters is the Raise dead (

) spell. Casters of all levels also have a small chance of being surprised by a Wrat or Ylside (MX).

Now take care before casting this spell though as the summoned creature is usually grumpy (Wouldn't you be?) and may choose to attack the caster. If you are greeted by a demon, this isn't a big problem though - you can banish the beast to whatever abyss it calls home simply by canceling the spell. However, that would be a waste of the mana you spent for that summon spell - better cast Control demon (

) on that sucker to make it your attack dog.

Other summoned creatures cannot be dismissed so easily. If your new minion doesn't like it's new would-be master you might just have to fight it. But then that's what you get for playing with fire. Well, not literally fire - fire spells are much less likely to turn on you.

If the player's caster level less than 9, the following creatures are summoned:

For players with a spell caster level of 9 or above, the following creatures are summoned:

The Persistent column indicates if the creature stays summoned when the spell ends or is canceled.

⚠️
Spoiler warning: This section describes how this spell is affected by cheats.

The entity class to spawn is chosen according to the following pseudocode:

where chance() chooses randomly based on the given chance of success. This gives the following (rounded) probabilities for each entity class depending on the caster level and used cheats:

There is also an internal Fake summon spell that is used by scripts to simulate the visual effects of this spell without actually spawning any creatures.

A visual effect similar to the flash obscuring the spawning can be achieved with the specialfx player_appears command.